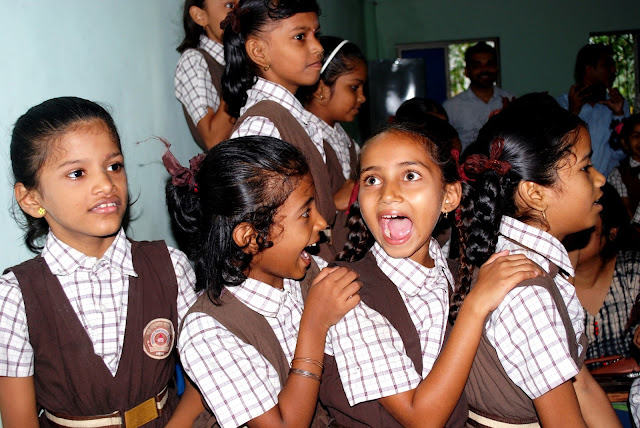 “Their minds were not meant to sit and be taught. They were built to explore, play and learn”. A wise quote yet seldom heeded. As the Toybank family’s gust of yellow and grey descended over the Subhedar Ramji Ambedkar Vidyalaya School, Dahisar, we were blown away by the vibrantly painted walls and classrooms with depictions of children and cartoons promoting simple positive values. It was at this moment we realised that this wasn’t any ordinary school, but a school welcoming and willing to open their minds and hearts to our story. A story about the Power of Play. And the perfect place to celebrate our 13th Birthday.
As the volunteers started trickling in, it was clear to see all of them were high in spirits and all ready to begin the birthday celebrations, few coming from as far as Kopar Khairane and Colaba. There was a small briefing session by the Toybank team and the volunteers were explained the do’s and don’t’s of the event. They were then divided into 6 teams and were assigned classes, with the final set of instructions explaining all the activities that were part of the activity kits specially prepared for this event. With that it was time for the event to begin. 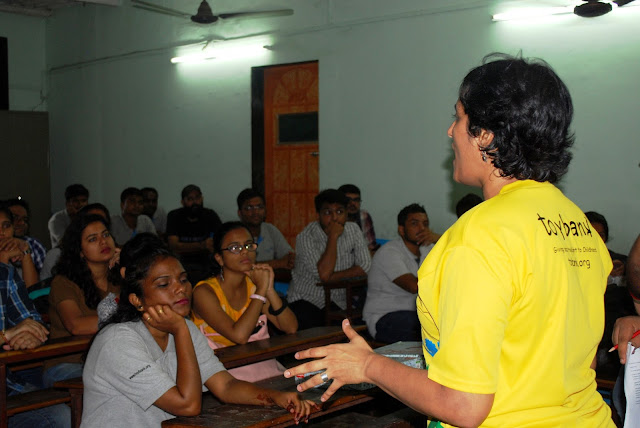 The event was divided into 2 similar sections, one for the senior  kids and one for the junior classes. The 6 groups of volunteers proceeded to their assigned classes and were welcomed with a huge cheer as the intuitive children had already sensed something different in the air this Saturday morning. Right from the time the volunteers entered the classes, the energy-levels were sky high with a lot of high energy activities that included whole-hearted participation of the full class. Games like Pictureka, Tail the Animal and songs brought the whole school alive with even people from the surrounding houses peeping out of their windows to see what was happening.
One child’s parent who lived nearby came near the window of the school to get a closer look and saw her child laughing and completely immersed in the activities. Pointing out her child to me she said “She is usually very fussy when she has to come to school and I have to come by sometimes to check up on her. But today I don’t think she has even noticed me here at the window. She looks very happy.” The power of play was evident all around.
There were 2 special events for the children. A magic show and a puppet show that were performed by some talented and valuable Toybankers. They went from class to class performing for the students. Using their art and talents to spread the Toybank values of helping your neighbour, teamwork and the Power of Play among many others. I found myself instantly about 10 years younger as I enjoyed the magic tricks and tried to think how they were possible, as did a lot of other volunteers. One volunteer said "It’s been way too long since I have last seen a magic trick, let alone a show. I had always been fascinated about magic tricks growing up but I had forgotten just how much till today”. I could only imagine what the children felt if I myself was so intrigued. 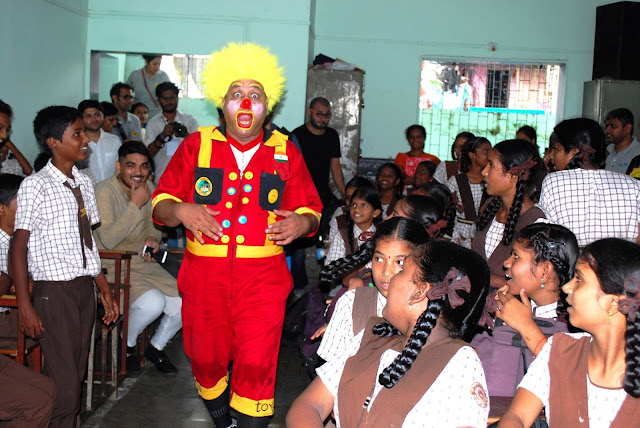 After about 90 minutes of activities and enjoyment with the secondary classes and about 60 minutes with the primary classes, it was time for the toy distribution. After a day filled with so much fun, the toys were like the cherry on top of the Toybank birthday cake for the children as well as the Volunteers. There was a sense of curiosity on the children’s faces as they got their toys and an eagerness to go home and unwrap some new friends for life. But first it was picture time as all the children with enthusiastic cheers proudly held aloft their newest prized possessions for a group photo. Following which the children left for their homes with happy faces and the hope of seeing us again and enjoying many more such events.
After the event, everyone gathered back for a small session where the whole Toybank team thanked all the volunteers for being a part of the celebrations. But the volunteers felt it should be the other way round as it was because of the Toybank team that they got to relive their childhood again while helping bring smiles all around. It was clear to see that this was one big family that wants to bring about a positive change. There was even a volunteer who said that it was his birthday and everyone sweetly sang to him the birthday song. And with the discussions of the experiences ringing all around the class, the event was brought to a close. 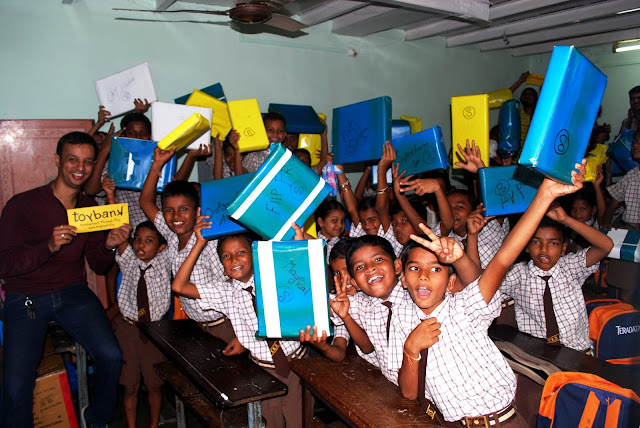 But this was merely the beginning as Toybank continues to work with the school to add many more chapters to the ever growing fairytale. There will be a lot more stories to tell and a lot more smiles to bring as we continue our magical ride around the sun.
- Shane de Souza, Toybank Intern
Email Post
Labels: 13th Birthday Activities Annual Distribution Event Games Intern Shane de Souza Subhedar Ramaji Ambedkar School