After attending my first two play sessions on Wednesday 6th September at the Hindi BMC School, Malad Toybank field worker Laxman explained to me that the school splits the day into two separate school days with the first running in the morning and then a whole host of new children arriving in the afternoon for the second session.
This is a concept that is completely new to me as in England schools run from 8:45am to 3:30pm for most students. Whilst there I witnessed the beginning of the afternoon school session, which saw the students line up outside for prayers, the national anthem and the register. This was unlike anything I have experienced before and something I felt privileged to be able to observe. With the students exams looming the next day, there was only time for a final two play sessions left at the school in order to allow the students to study for their exams. 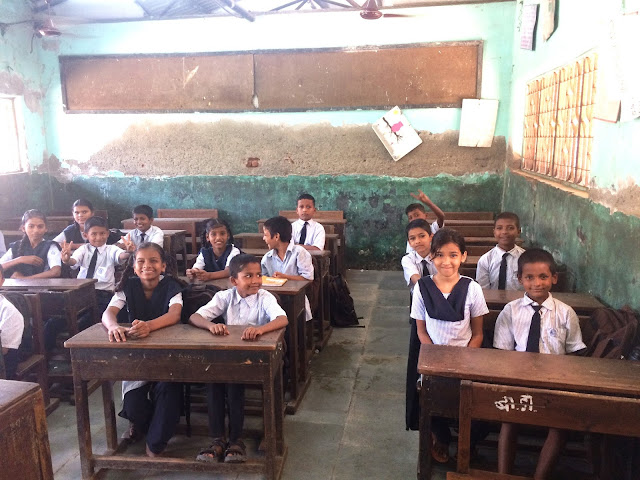 he third play session of the day was made up of a larger group of students, which posed a whole of host of new challenges for me. Once again icebreakers were used to start the session, first ‘copy the action’ and then a game where students were blindfolded and had to mark the tail on the animal drawn on the board. In this second game students were utilising a multitude of different skills. Firstly they practiced their language skills by coming up with team names after English animals such as, cat, dog, fox and rat. Secondly, the children were developing their cognitive and problem solving abilities by having to work out where they thought the tail would be. One student particularly impressed me by feeling where the end of the blackboard was and using that to work out where the image of the animal was drawn and therefore where he should draw the tail. This just shows the value of Toybank in playing games like this and how this can help child development.
As the third session was a lot larger than the previous two sessions, it was much harder to divide my time between different groups. Also, as I couldn’t necessarily communicate how to play some of the games very effectively I felt that Laxman had a lot to do. However, in the fourth play session Laxman and I were joined by another volunteer, who was a 20 year old Law student from Mumbai. I think that this was particularly helpful in the session as I was able to focus on explaining the simpler games, whilst she and Laxman were able to communicate in Hindi the more complicated ones. 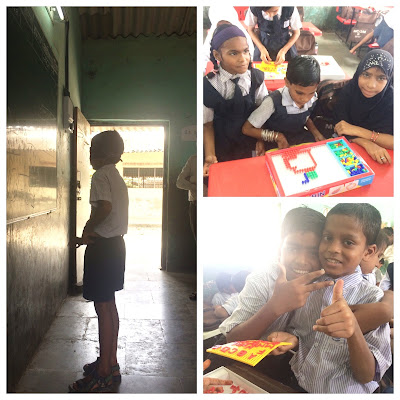 Nonetheless, even with some of the more simpler maths games I faced some difficulties. In one game there was a selection of sheets with different maths problems on, some addition, some subtraction and some pattern spotting. Whilst the addition and subtraction elements were simpler to explain using my hands, trying to explain the patterns, such as asking them what the number in the beginning, middle or end of the sequence should be proved much trickier. However, through repetition and gesturing multiple times the students gradually started to pick it up and by the end of the game they really impressed me with their maths skills.

Overall, my time spent at the Hindi BMC school in Malad was incredibly rewarding and allowed me to meet people I would otherwise have not met. By attending the play sessions, it has made me truly grateful for the education and life I have been privileged enough to receive. Yet, despite their situation these children were some of the kindest, nicest and friendliest people I have met whilst being in India or in any other countries across the world.