On Friday 16th September we celebrated Toybank’s 13th birthday by conducting a massive toy distribution event at Subhedar Ramaji Ambedkar School, Dahisar. We were joined by 90 volunteers who interacted with 650 children at the school. 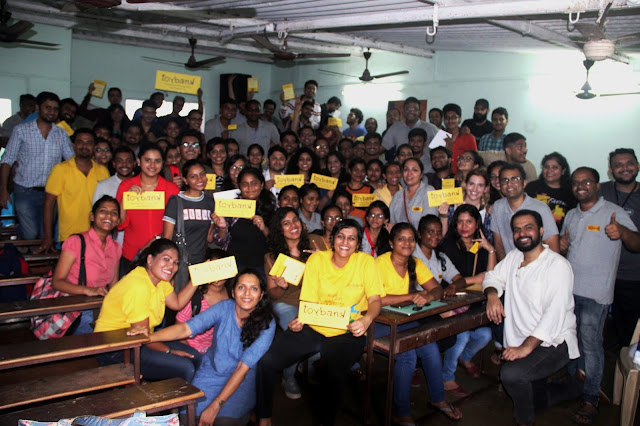 The day started with an orientation session for the volunteers where a detailed itinerary for the event was given to them. Each group of volunteers was tasked with conducting activities for two classes. The activities to be conducted were designed specifically for each class depending on their age group. The volunteers were super active and interactive during the entire session.
During the first half of the day, we interacted with students from Class 5 to 10. The second half was dedicated to pre-primary students: Jr. Kg. to Class 4. In each class, activities were conducted followed by the toy distribution. The first highlight of the day was the puppet show, which the students of Nirmala Niketan had put together for the event. The second highlight of the day was a clown act put on by a long-time volunteer and Toybanker, Mr. Pravin. The children loved both acts but the Pravin's magical activities definitely stole the show! 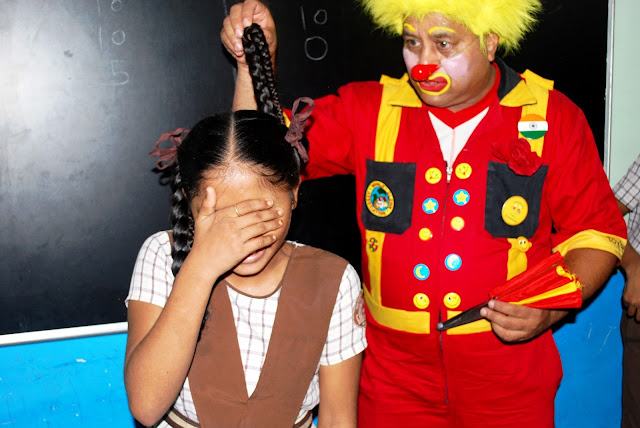 The volunteers conducted activities in classrooms with so much energy and enthusiasm that the school was not enough to contain it. All in all, everyone had a great time, the children looked happier than ever before and the team was super thrilled to have met such amazing people.
We concluded the day by having some snacks and sharing stories with each other. I think it is safe to say that this was a successful birthday celebration.
A BIG THANK YOU to all who came and made this event a success!
Email Post
Labels: 13th Birthday Annual Distribution Event Nirmala Niketan Pravin the Clown Subhedar Ramaji Ambedkar School Volunteers