My second session on Wednesday 6th September at the Hindi BMC School, Malad was a little different from my first. Although I was a bit more comfortable in what to do and how to engage with the children, this time I faced a class of secondary instead of primary children. 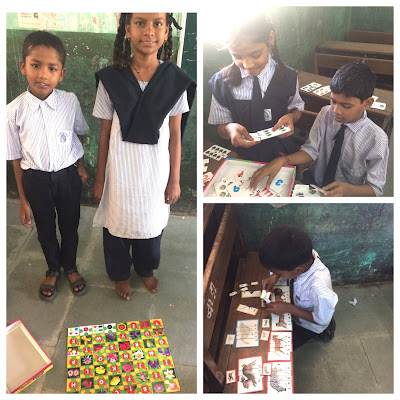 Similarly to the previous session Laxman kicked off the hour with two icebreakers, the first the ‘introduce yourself with an accompanying action’ game like the previous session and the second  Charades. A game which in my experience must be used universally by teachers all over the world.
The class was then split into four different groups; A, B, C and D. With Laxman asking the students to tell him these letters of the alphabet before writing them on the board. It became clear to me that every aspect of this play session was an opportunity and chance for these children to learn. A child from each team was then chosen and given an action to perform for another team to then guess, whilst some students seemed a little nervous others were raring to have a turn. Not only did charades act as a means to make the children feel more comfortable, I felt it also taught some students confidence and a lesson on the value of teamwork. 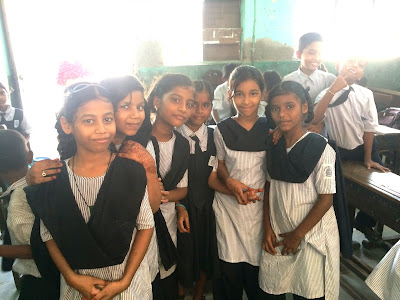 Following the icebreakers the board games were once again distributed amongst the students, with games being shared between groups of 2-4. However, this is where I encountered a few more difficulties in comparison to the previous play session. Although some of the games were the same as those used for the primary session there was a selection of more complicated games, which because of the language barrier I found quite tricky to communicate with the children.
I think there is only so much you can show a child with actions when the game is more complex and with a limited number of common words at my disposal I really struggled. Nonetheless, Laxman was on hand to help explain the more complicated games and I was once again able to play the simpler games with students. Reflecting on my play session I think it was definitely easiest to communicate and teach the children the maths rather than logic based games - as they say maths is a universal language! 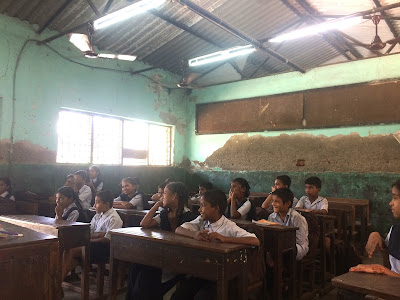 It was in this second session that Laxman informed me that one of the students attendance at school wasn’t that great. At this point Laxman then addressed the class informing them that the more frequently they attended school the more often they would be able to participate in a play session. I realised then that Toybank are not just providing these children with an hour of play but they are also helping motivate them by providing an incentive for them to attend school on a regular basis. This I think serves to highlight the incredible importance and role Toybanks play sessions are having in these childrens lives.

Whilst perhaps trickier in some ways this second session was as equally as rewarding and eye-opening as the first. Meeting each and every child was an incredible experience as they were all so welcoming and friendly despite our difficulties communicating. Although by the end of the day I was quite exhausted from my hours of play all the children made my day a brilliant and unique experience.
- Lucy Wray, UK Toybank Intern
Email Post
Labels: Activities Board Games Hindi BMC School Malad Play session Toy Library UK Intern