In April 2018, Toybank held the first ever Power of Play Championship.   This revolutionary event provided a unique learning and development experience for 80 children from 20 schools across Maharashtra.  In addition to providing an enriching experience for children, this event developed skills and sensitivities in teachers, Toybank team members, and volunteers including volunteers from Manavlok’s Masters of Social Work college. Our intention was to cleverly disguise the Power of Play Championship as a competitive event in which children competed against each other in three tasks: playing a game they were familiar with, playing a game which they had to learn on the spot, and completing creative exercise in a team. 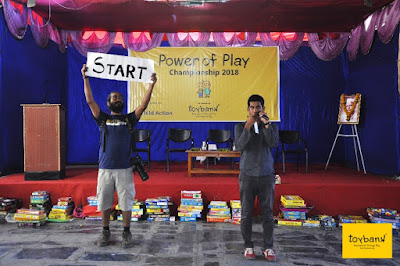 Though the children did complete these tasks, and they were competing, the point of the championship was not to win the most games nor complete the best project; the point of the competition was to support development of well-rounded children.  Children were scored on interpersonal and problem-solving skills-- enthusiasm, politeness, attitude, and strategy, were only some of the characteristics which these children were scored on. 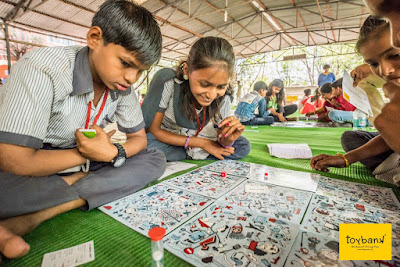 After the children had finished the first two sessions (playing a game they were familiar with, and learning a new game), we revealed the secret behind the scoring system.When the children as well as their instructors were informed of the alternative goals of the Power of Play Championship, everyone involved learned valuable lessons.  The children learned that patience, kindness, and an open and creative mind are often more important to success than winning is. Those of us who had the privilege of observing the children got the chance to see clearly how play can develop the mind of a child beyond teaching him or her curriculum subjects. 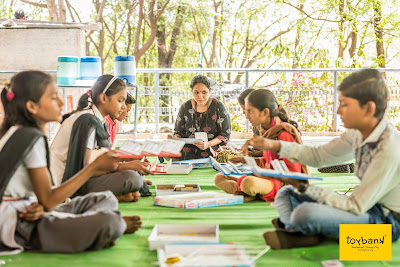 The third session, which was a collaborative creative project, reinforced the concept that play is valuable in building well-adjusted and successful adults.  Teams of children were given Legos, clay, mechanic sets, and other loose parts to use to build their ideal school or village. 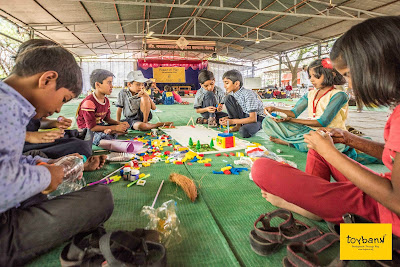 Not only did this project enhance the children’s self-confidence by giving them the chance to express their own opinions concerning their everyday environments, but it also built unique skills which will help the children in their lives to come.  One unexpected, and incredibly beautiful, outcome of this third challenge was that the children were exposed to materials and ideas which they had been unfamiliar with previously; an example of this is that many of the children hadn’t had the chance to play with molding clay before, they explored this material by feeling and even sniffing it! 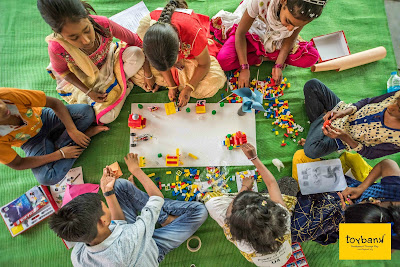 Completing this project in groups allowed the children to practice teamwork, collaboration, and communication.   The task itself required the children to think critically about the components of a successful community and perhaps, how they see themselves involved in one. 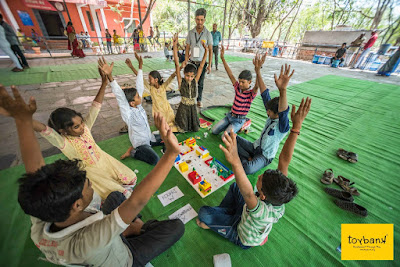 The Power of Play Championship successfully exemplified the impact that play can have on children, their communities, and their futures. Volunteer Reeba George said “There was learning to happening all around; for us, for the teachers, and for the children. You could see the impact.” This statement illustrates the environment which we had hoped to create by providing this unique experience to the communities involved in this event.

In the end, every participant in the Power of Play Championship left having learned something about ourselves, our field of work, and or the human experience, proving how play has the capacity to encourage growth on an individual level as well as on a larger scale. 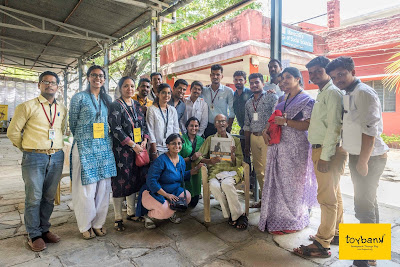