Read Play for Transformation: Part I. 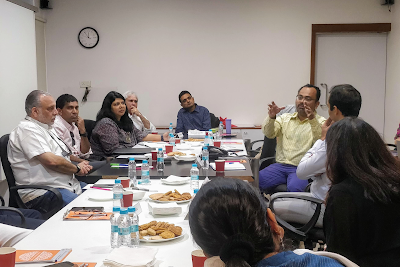 While the panelists identified why Play is undervalued in India, they also discussed the need for a systemic change to make it mainstream.

More government initiatives to promote Play
Apart from parents and teachers appreciating the significance of Play in a child’s life, there’s a need for more government initiatives to promote it. Play also needs to permeate into rural areas where children are usually idle and easily manipulated into bad habits and social evils. To catch the attention of a larger populace, there’s a requisite for a driver or an evangelist. The message has to hit home to multiple stakeholders. Mainstreaming Play would include how that is achieved. The larger the message, the more successful the endeavor would be.

Link outcomes of Play to families and communities
Sumangali Gada averred that constituencies like toy manufacturers, libraries or organizations working in the space of Play need to pick a common message and tie it all together. Seema believes that Play must not just be linked to outcomes in isolation but also be combined with the positive impact on families and communities. She reasoned that with all the research going on around mental health, Play, self-development and resilience are hugely important to potentially prevent some of those issues.

Upholding Play to the same rank as Right to Education
Toybank Founder & CEO, Shweta Chari observed that Play would become mainstream if it’s upheld to the same rank as the Right to Education. Only when it’s deemed an absolute by everyone—irrespective of their class and whether urban or rural—will play become as natural as breathing air. Looking at it in the same reformed way as people treat education and health these days, will go a long way in making it more customary.

Finally, the speakers recommended the following points to bring about the needed change: