Toybankers in Mumbai had an amazing time on the 15th of Aug, when Toybank turned 6! They reached out to children from “PRAYAS” – ek koshish.

We have been associated with Prayas from a long time and have reached out to many children from Prayas in the past.

Here's what Ashish Shigwan from Prayas had to say after a fantastic event:
"Like every year this year too we had celebration of 63rd Independence Day with the children, women and men that we work in various communities of western suburbs and four village of Madh area.  We had various activities planned with the flag hosting which was done by three senior citizen women who has been associated with the group since inception.
After the flag hosting we had some games for the children, discussion with women on domestic workers bill and the pension that the government is declaring from this year.  There were about 150 children and 60 women and men who participated in this program.
We would take this opportunity to thank all of you for your support that you have extended for making this program possible.  We distributed toys, clothes and other items at the program.  We had also provided snacks, chocolates and biscuits to all the participants.
Without your support all this would not have been possible.  Attached herewith are some of the photos for the program.  Looking forward for our continued association." 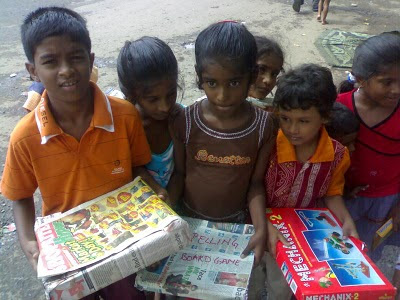 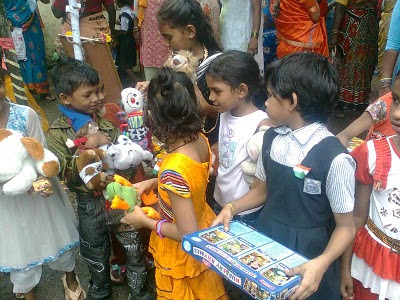