Building a Better Tomorrow for children through Play ! 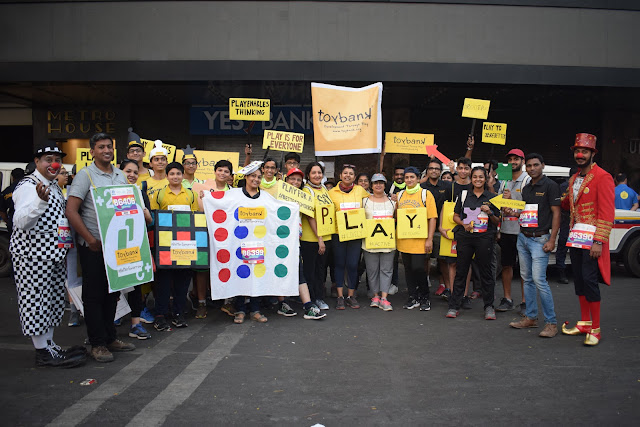 It’s the beginning of the New Year which involves reflection and creating action plans to gear up for a better year ahead. Almost every conversation and action during the month of January is about putting in more efforts, new resolutions, being more proactive and working harder to build a better world for ourselves and others.

Within this reinvigorating mood of January, The Tata Mumbai Marathon (TMM) was a wonderful opportunity for Toybank to be a part of. Especially for non-profits, TMM it's a great platform to raise support for its cause, whether in-kind or monetary means. It’s one of the largest platforms to engage its employees, volunteers and various other supporters in bringing play to the public eye and initiating conversations through a playful, innovative and meaningful rally. The 5.9 km Dream Run, which 50+ Toybankers participated in, was indeed a powerful walk with a large number of people cheering out slogans and wearing colorful costumes about the causes closest to their heart.

This wonderful slogan, coined by the Toybank team perfectly resonated with the theme of TMM 2019 – Better Tommorow. This theme also aligned with our core intervention in the early years of children to ensure a better perspective towards life in the future. It was therefore, an exciting time for Toybank to meaningfully interact with all of its supporters. 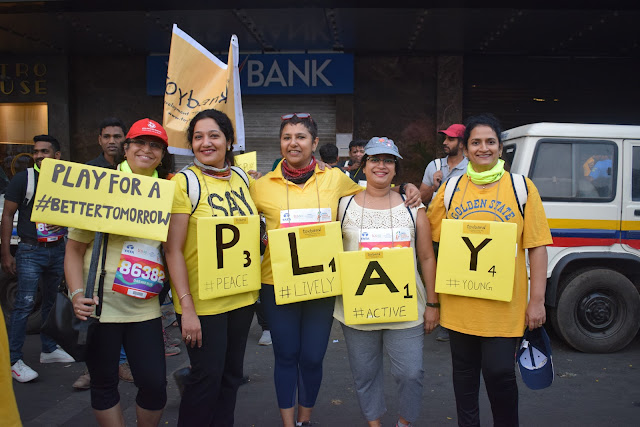 On 20th March 2019, all Toybankers assembled early morning near Metro Cinema to collect their props and costumes, before we could head to the start line at Azad Maidan. We had a small briefing with everyone on how to stay motivated, healthy and have a good time at the Dream Run.

The Dream Run is a colorful and cheerful carnival that is uplifted not only by the life size costumes but the spirit of unity that’s much needed to drive social change. Our marvelous Toybankers themselves wore life-size board-game themed costumes and, along with the smiles on their faces and happiness in their bodies, they drew everyone’s attention to the Power of Play. 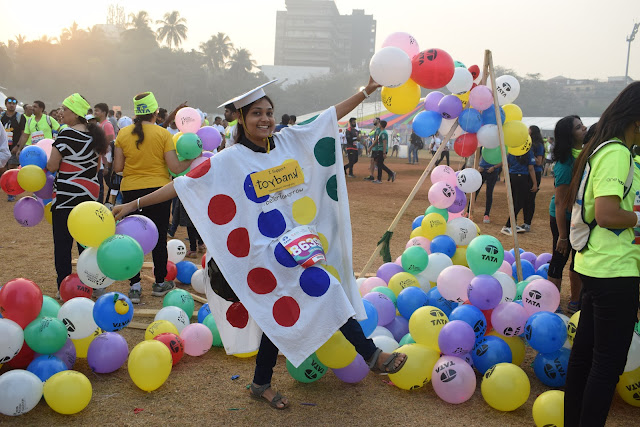 To bring this event to fruition, our team worked tirelessly, two to three months before time. Our preparations involved sensitizing our student volunteers about the importance of giving back to the world through active engagement and fundraising and what their key role at the TMM would be. 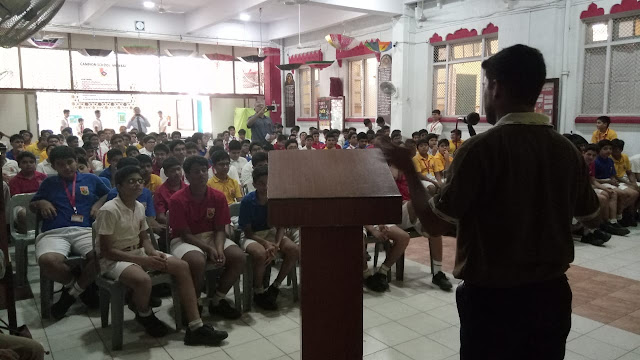 Lots of volunteers came over the weekend to create the costume and share in their creative ideas to represent the power of play creatively.

The preparation for the marathon and the on-day participation and enthusiasm, unfolded invaluable skills, talents and potential that each of us have to create a #BetterTomorrow! 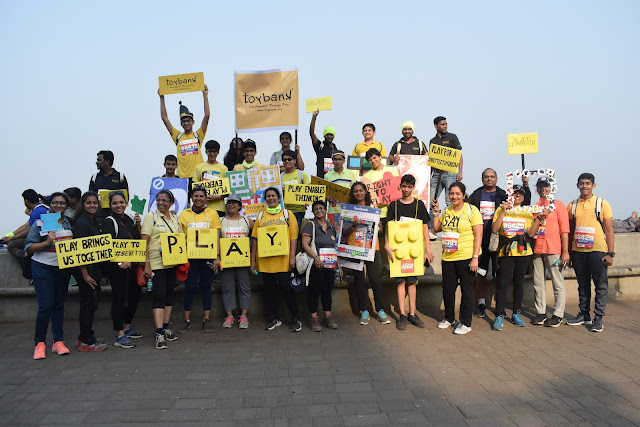