Ask a little child who his best friend is and he will give you a name. Ask him to call that friend and he will point out to his favourite toy or soft toy that he has very proudly named. This is nothing but the purest form of innocence.
Being able to experience this is nothing but a blessing in disguise.

Toybank hosted a Distribution Event at YUVA, Ambujawadi Malwani- Malad. Distribution sessions are fun-filled sessions which involve giving away toys to children that are theirs for keeps! 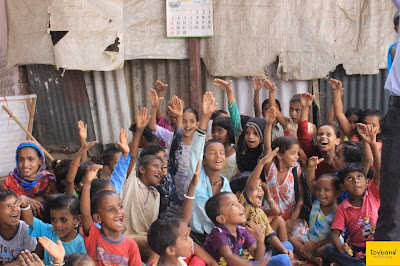 The kids started trickling in, each with an energy that got everyone else so excited. Right from little crawlers to children who were aged between 3- 5 were present. Our first mission was to try and contain these little curious fireballs at one place. This was a task in its own. Help poured in from the Morgan Stanley Volunteers and others. 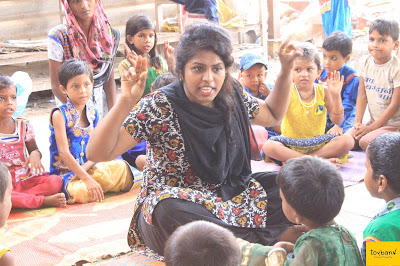 The Distribution event began with a creative play session where different volunteers were assigned different kid groups. Imitating hand gestures, facial expressions and establishing links between creative play and language was showcased beautifully.
Soon the energy levels were soaring to the roof and beyond!

The kids engaged in pretend play with frog jumps, on-the-spot dance movements to nursery rhymes among their favourites.

“Children close their ears to advice, but open their minds to example” expressed one of the kid’s parents. She is ever grateful to Toybank for all their efforts towards enriching her child’s life experiences.

Post the energetic play sessions that were forcefully put on hold, the distribution took place.
With glitter in their eyes and the biggest smiles on their face the little one’s settled down for they knew very well that there was something for each of them. 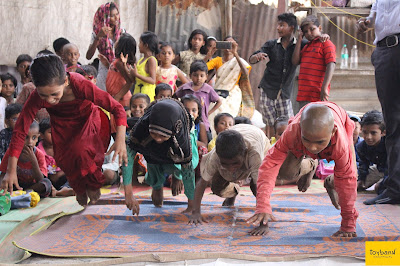 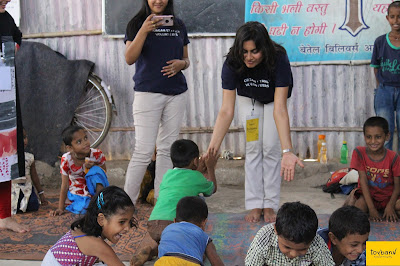 As each child was called out and given their toy of happiness each one jumped with joy impatiently wanting to head back home to open up their toy and name a new friend!
And I cannot wait to go back to know more about their “new friends”.
Sometimes the little things take up the most room in your heart. These are one of those experiences. Little. Fulfilling. Everlasting. 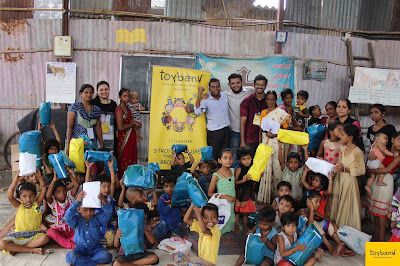