The toybank organization had yet another interesting fun and learning teacher’s training event at CORP, Matunga center between 2pm to 5pm on 24th July 2015. The event was conducted to train the 27 teachers how to deal with the children in all kinds of various games and learning programmes. 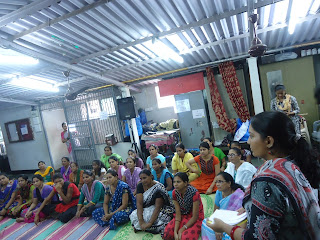 Some of the games introduced to the Staffs of CORP were Ice breaking game, a game to let the children get to know each other and be familiar with their interests. Passing of ball, a game, where children are divided into two groups and made to form respective lines. Then they are to pass the ball upwards and behind for both of the groups. The group which completes to pass the ball from the first person in the line to the last, earlier than the other group, is declared the winner. Mathematical Problem Solving, Kids are made to solve simple problems which are written and pasted on the walls. 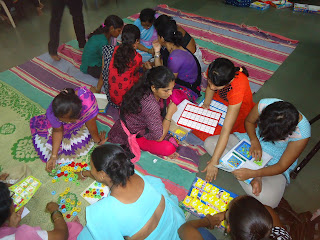 Sharing experiences, when the game time is over, the children are made to share their learning and describe the fun they had during their playtime. Also they could talk about the games and sports they use to indulge in during their childhood. The types of games are Strategic /competitive games, Creative/ constructive games, Physical exercise games, Soft toys, Discovery games, Role play: 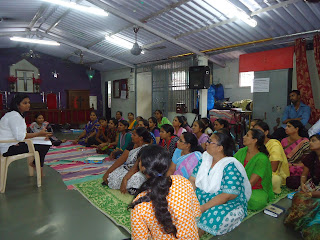 Firstly, the staffs are divided into some groups; each group gets to pick a chit from the lot. The chit contains a particular story to be acted. According to their story, each group performs their role.
After the games come to an end, feedback forms were handed out. Then, videos of the organisation were shown to the attending staffs. The event closed with the distribution of certificates of participation followed by a vote of thanks from both Organisations. 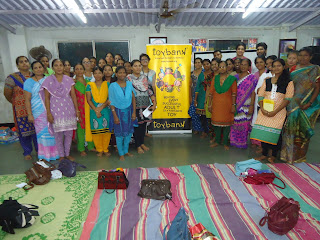